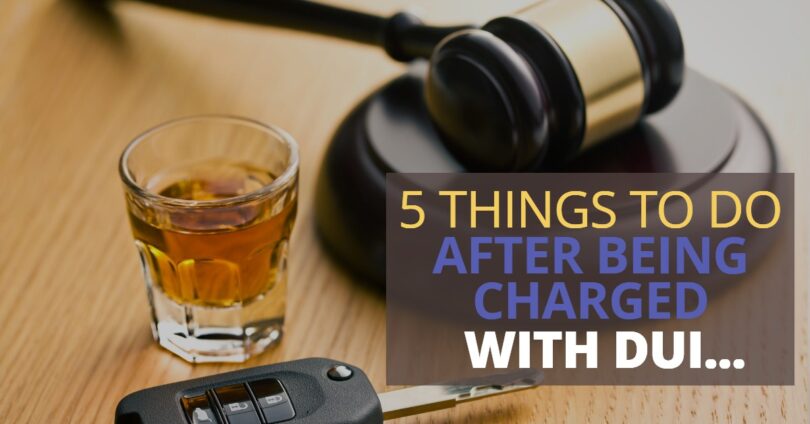 You must act quickly and consistently to establish and succeed with a defense against a drunk or drugged driving charge. Taking the following five steps when accused of operating a vehicle while intoxicated (OVI) in Ohio will help.

Your right to speak with an attorney who focuses on defending people charged with driving under the influence exists from the moment a police officer pulls you over or approaches you at a DUI checkpoint. Exercising that right as soon as possible after you hear that you will be charged with OVI gives you access to helpful advice and representation for enforcing your other rights, including protections against self-incrimination and illegal searches.

Plead Not Guilty or Enter No Plea at Your Arraignment

DUI/OVI suspects generally appear before a judge within 24 hours of getting arrested. If they are released before seeing a judge, that initial appearance must be held within five days. During that arraignment hearing, the judge will read the official charge and ask the defendant, “How do you plead?”

Responding “not guilty” allows the defendant to examine all the evidence the police have collected while preparing a defense. Saying nothing leads the judge to enter a plea of not guilty on the defendant’s behalf. Accepting guilt at the arraignment hearing, however, greatly limits or eliminates the defendant’s ability to fight for a dismissal or reduction of the OVI charge and possible penalties at a later date.

You can request to have your own Cleveland, OH DUI lawyer or a public defender represent you at the arraignment. Do not refuse any initial offer of legal counsel for fear that you will be obligated to use the same defense lawyer all throughout your DUI investigation and trial.

Ohio law gives a police officer broad authority to immediately seize and suspend a DUI/OVI suspect’s personal driver’s license and commercial driver’s license. Such an administrative license suspension (ALS) must be appealed within 30 days or it remains in effect for 90 days or longer. This is true even if the drunk or drugged driving charge is dismissed.

Appealing an ALS that affects a CDL is particularly important because no commercial driving privileges can be granted to a person who has had his or her CDL suspended administratively. In other words, just getting charged with OVI can cost a commercial driver his or her job.

Explore Lines of Defense With Your Attorney

Spend the weeks between your arraignment and your trial building your case for having the DUI/OVI charge dismissed or for being acquitted. Your defense attorney will help you do this by

Each bit of information has the potential to provide a line of defense. For instance, if the arresting officer says that you were slurring your words and losing your balance but the video from the officer’s body camera shows the opposite, field sobriety results could be thrown out. In another instance, if an independent laboratory arrives at a much lower blood alcohol concentration than the state lab, grounds for having that evidence tossed exists.

You can also share information with your lawyer that you might not have given to the police, or which the officer took no time to verify. For instance, lack of sleep or use of prescription medications could explain behaviors that the arresting officer mistook for signs of intoxication.

Working with your Cleveland DUI attorney will offer a good sense of how you may fair at trial. If you can completely disprove the accusation that you used alcohol or drugs before driving, then going before a judge or jury can make sense. Being able to call some of the prosecution’s evidence into question may provide opportunities for seeking a plea deal. Your Cleveland defense lawyer will rely on his or her experience while advising you on which option to pursue.