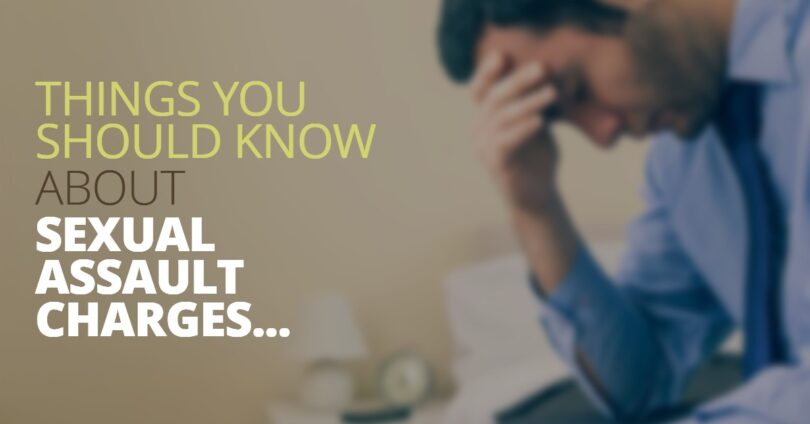 Each day, seemingly, there’s a new story on the news of a family member, teacher, or even medical professional and/or caregiver being accused of committing an act of sexual assault. What the media doesn’t tell us is what happens to these individuals once accused, and the negative impact that such an accusation can have on one’s life – regardless if they were found guilty or not.

Instances in which individuals have been falsely accused of sexual assault are not unheard of. Regardless of their reasoning for making these false allegations, what many of these accusers don’t know is that once the sexual assault complaint has been filed, the alleged victim cannot withdraw the complaint him/her-selves. Instead, only the District Attorney has the power to choose whether to drop or pursue the charges. There is also no way to have sexual abuse charges expunged, so once convicted they’ll be on your public record(s) for the rest of your life.

For the reasons listed above, it is crucial to act quickly and contact an experienced criminal defense attorney as soon as possible to review the particulars of your case, and advise the most effective way to proceed.

After Sexual Assault Charges are Filed

Sexual assault charges are some of the most detrimental cases that an individual may ever face. Similar to Domestic Violence, most cases of sexual abuse will begin with a 911 call and an allegation or claim. Upon receiving a sexual assault allegation, a law enforcement officer will be notified, and a generous warrant and team of investigators will appear soon after.

Being investigated and/or charged for a sex crime in Cleveland, Ohio is a very serious matter that investigators and law enforcement officers do not take lightly. Not only does Ohio have their own DNA Unit which analyzes evidence from a range of offenses including sexual assault, but the state also has a BCI Sexual Assault Testing Protocol in place which re-analyzes forensic evidence from sexual assault kits for verification purposes prior to uploading all results of forensic DNA profiles into a secure database. If the investigating officer concludes that a sexual assault may have been committed, it is recommended that they submit their sexual assault testing kit to the BCI for further laboratory testing.

The BCI will use the information provided by the DNA Unit and/or investigation team to prioritize each case by immediate, high or regular priority in order to ensure each kit is analyzed in a timely manner.

Even assaults that may have happened years ago can be brought back to light as the BCI has also established a special task force that processes sexual assault cases for both closed and inactive investigations.

Due to the severity of and urgency to investigate sexual assault charges, it is highly advised to contact an attorney at your earliest convenience to ensure that your rights are projected.

As with most charges, the degree of the crime is derived from the specifics of the actual crime committed – with harsher punishments generally given to higher degrees of the charge. Unlike other charges, however, in addition to receiving a criminal record, steep fines, and possible jail time, individuals convicted of committing sexual assault in the State of Ohio will likely have to register as a sex offender with state and local agencies. Having this sex offender registration on your record can, and will, have a huge negative impact on your life (both personal and professional), and can even hinder you from being able to apply to certain job and housing opportunities as well as institutions of higher learning.

If you are accused of committing sexual assault/battery, and/or rape, it is in your best interest to contact a criminal defense attorney with experience in sex crimes immediately so that they may begin the process needed to fight for your future.

With such dramatic consequences at hand, it is important to hire a sex crimes defense attorney who possesses the experience needed to help you identify any and all applicable defenses or mitigating factors pertaining to your particular situation.