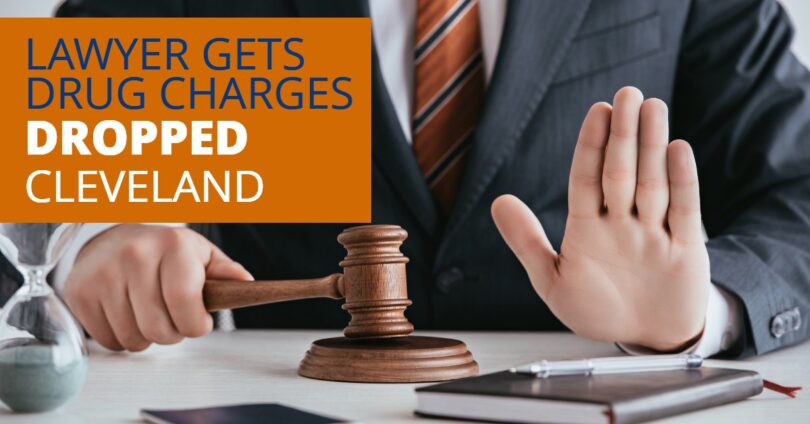 Read this true story if you or anyone you may know has been charged with a drug possession offence… especially if it’s a first time offence for marijuana or cocaine.

I have been personally involved in several recent cases where the clients were charged with possession of marijuana and their previous lawyer told the clients to plead guilty.

In a minute I’ll explain why this is not a good idea and how I was able to get the charges dropped.

You see with more than 26 states and the District of Columbia legalizing marijuana for medical and/or recreational purposes many people ask is felony possession of marijuana in Ohio a big deal as compared with possession of cocaine or heroin.

While the obvious answer in theory is maybe not, in practice and in the courts the answer is YES!

This is a BIG deal notably if the case is not handled properly and correctly.

Felony possession of marijuana has potentially serious consequences and ramifications if someone without proper legal representation proceeds to trial or enters a guilty plea and ends up with a felony conviction.

This felony conviction can often show on background checks and can cost someone a job or admission to college and may result in significantly more serious penalties if the person gets arrested sometime in the future no matter how minor the offence.

To avoid these unintended consequences/ramifications one should not assume felony possession of marijuana is not a big deal and obtain legal advice and guidance from an experienced criminal defense attorney before pleading guilty, going to trial or making any legal decisions.

For example… in the case of the two people that pleaded guilty, the previous lawyer convinced the prosecutor to place both of them on probation and withhold adjudication of guilt, which would prevent them from having a criminal conviction.

Unfortunately, both clients violated their probations (this is easy to do if you’re not careful) and were facing jail and prison time when they hired me to represent them.

In digging a little deeper into their case I discovered issues concerning the respective searches the police carried out and I was able to convince the prosecutor in one case and the judge in the other, to dismiss the probation violations and have the clients’ pleas, sentences and convictions overturned and the original charges dismissed.

So if you’ve been charged with any form of drug possession please contact me or someone that like me that focuses solely on drug charges so you take exactly the right steps… right now.