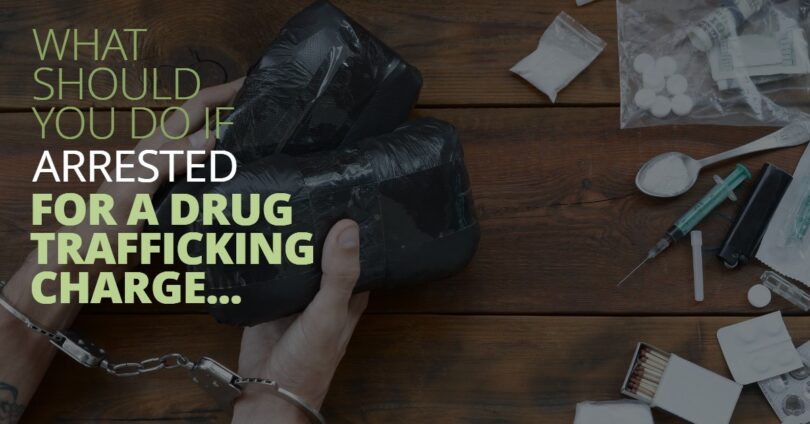 In Ohio trafficking in marijuana, cocaine, heroin, oxycodone or other controlled substances, among other things are based on the weight/amount of the drugs involved. For example, the minimum required thresholds for trafficking charges kick in at 200 grams for marijuana, just 5 grams or more for cocaine and only 1 gram of heroin.

These trafficking charges are obviously more serious than possession or sale charges and unfortunately, based on the amount of drugs involved, the higher the standard bond will be after a person is arrested. It is not unusual and fairly typical for a person arrested for a drug trafficking charge to have an initial/standard bond set at $250,000 to $750,000, the amount of which is out of reach for most people.

If a firearm is involved the charge is even more serious and no bond is set after arrest.

Finally, these drug trafficking charges carry minimum mandatory sentences if convicted, the length of which is also determined by the weight/amount of the drugs involved.

So knowing all of this what should a person do if he or she is arrested and charged with a drug trafficking offense?

First, do not talk to anyone on the phone or in the jail about any aspect of the case. That includes friends, family or fellow inmates. Why? Because all jail calls are routinely recorded and the last thing you want played back at trial or in a court hearing are audio recordings of you making any admissions about your involvement in this case. Also, your cell mate or a fellow inmate may talk to you and then call police or the prosecutor and use the information you told them to make a deal for himself or herself and obtain benefits in their case.

Next you need to seek out and hire an attorney who specializes in criminal law and more importantly, drug trafficking charges.

This experienced attorney can immediately go to court and request a bond reduction and obtain your release from jail as soon as possible.

Also, an experienced attorney in this area will know what investigation needs to be conducted, what evidence there is against you and file the appropriate motions to have evidence excluded and attempt to obtain a dismissal of your case or an acquittal at trial.

I have been practicing criminal law exclusively for more than 30 years and have handled significant and serious drug trafficking charges in State and Federal Court throughout the State of Ohio and in more than 25 states during this time period.

I am very familiar with all aspects of these cases from bond hearing through trial and have achieved very favorable results for numerous people throughout Ohio and the country.

In many instances I have achieved these favorable results for clients who came to me after their lawyer told them the case was hopeless and there was nothing they could do to try and obtain a dismissal or acquittal and were attempting to convince the client to plead guilty and go to prison.