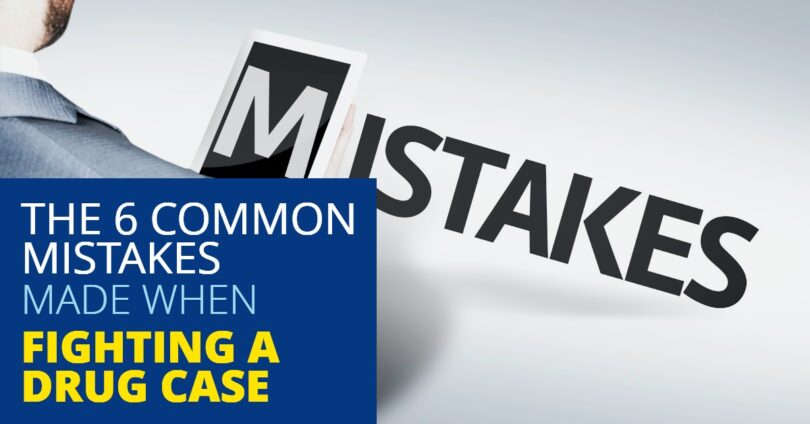 1. Talking To The Police

Many people believe that they can convince the police that they did not do what they are accused of or that someone else did it, or they think they can admit to just a few things and leave the bad things out.

One problem with talking to the police is that they may not have the same agenda that you do. They may also have their mind made up against you.

Another problem that is more common than people think is that whatever you, or anyone else, says to the police may not come out the same in the officer’s summary on paper, and may just be be what the officer thinks he or she is hearing or interpreting it. Interpretation by the officer may come out as a written statement different from what you actually said or what you meant.

You can not take it back and usually can not explain it away later.

2. Doing Nothing, Waiting For Something To Happen

Many people say to themselves things like “I can wait, the state will not pick up the charges”, or, the witness or the person complaining will drop the charges.

This can be a critical mistake.

First of all, if you take this position then you have no input into what the state attorney does or what they are told. Not even whether they have all of the facts or even the real facts. Once you are formally charged, it is usually much more expensive and definitely much more difficult to get the charges dropped or reduced.

The best chance for an attorney, your attorney, to get the state to drop a charge, or not file a charge is before they file the charging document.

Your attorney can provide information, discrepancies, and information that will help.

3. Talking To The Complaining Witness.

Try to get them to drop the charges

“Why don’t I just talk to the alleged victim and see if they will drop it? Maybe if I give them some money or do something nice.”

This is not only a bad idea, it can get you in further trouble.

You should know that in some states, the so called victim or witness can not drop the charges, even if they are the ones who called the police. The state becomes the victim in all arrest cases. The state attorney can, and quite often does, file charges against someone even though the victim or complaining witness asked them to drop the charges.

You also need to know that if you try to influence a victim or witness you are subject to being charged with ‘Tampering with a Witness’, a felony. You really should consult with an attorney before attempting any contact with the victim or witness on a case where you are the accused or have been arrested.

The other problem that contact with a a witness can cause is simply to make the witness angry, and then they call the state attorney. No surprise that working the case out then becomes more difficult.

Often, an attorney is able to talk with people, including an alleged victim or a witness, when you can not. This can be valuable, or, it may not be recommended at all. Do not make this decision without the advice of an experienced defense attorney.

4. Talking To Friends About What Happened

People think that talking to friends will give them ideas or maybe they just need to talk. Don’t do it.

First of all, just talking with someone may cause the person to become a witness. Anything you say to someone that is not an attorney is not attorney-client privileged. This happens all too often, someone talks to their friend or relative, when the friend recalls what you told them they recall it differently than what you said. Then during the investigation either the police or the state talk to friends or relatives of the accused person, you. Even small discrepancies or differences can be critical to your case if a prosecutor or police officer interviews that person or family member. Even if that person just recalls it wrong, or is trying to help. You should talk about the facts of your case only with an attorney.

5. Seeing What Offer You Can Get With A Court Appointed Attorney First.

“Why don’t I just get a Public Defender, save some money, my case is not difficult after all, and see what kind of an offer I can get.

Then, if I do not like the offer I can get a private attorney to do better.”

Wrong! What is done most often can not be undone. If the Public Defender has undertaken discovery and had discussions with the state, or the Judge has made an offer, that offer may be cast in stone so to speak, and may not be undone. As you can imagine, prosecutors and Judges do not like someone shopping around for a better deal, especially by using a State appointed attorney at the tax payer’s expense and then hiring a private attorney just because, as they perceive it, the person did not get the deal they wanted.

Investigators will ask to have access to your vehicle, property or person to search when examining a case involving drugs.  Consenting to a search is a mistake because any evidence they collect cannot be challenged in court.  Our attorneys will make sure you are not unfairly influenced by the police to submit to searches without having them first obtain a search warrant.

It is the job of police to gather evidence which will help lead to a conviction.  Do not talk to the authorities without having your lawyer at your side.  The questions used by investigators can be misleading and are designed to get you to provide the answers they are looking for in a case.